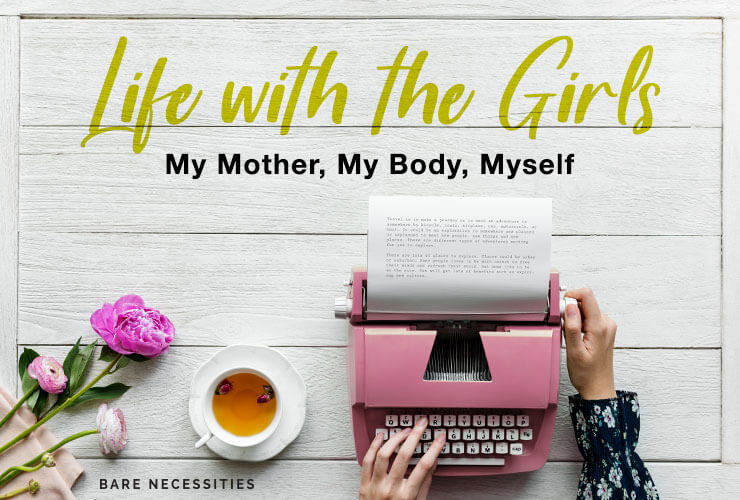 My Mother, My Body, Myself

At the same time Andrea Pyros was developing her chest, breast cancer was ending her mother’s life. This Mother’s Day, Andrea looks back on her growing pains and pays tribute to the woman in whose absence she defined her presence.

Know what’s the worst? Puberty. Entering it. Living through it. Everything about it, A to Z, awkwardness to zits.

I hated being the first in the class to get my period, going from flat to fully-developed C-cup in under a year. My best friend despised getting so much taller than everyone else, while another friend was miserable about being so late to develop. No matter if you’re first, last or smack-dab in the middle, none of it is enjoyable.

When I was in sixth grade, my mother was diagnosed with breast cancer, making those difficult, emotional years that much more so. I was uncomfortable enough with my own changing body, but now my emerging breasts were even more fraught. Not only did they bring me unwanted attention from boys in my school and men on the street, I also learned that they had the capacity to bring on a serious illness out of the blue. 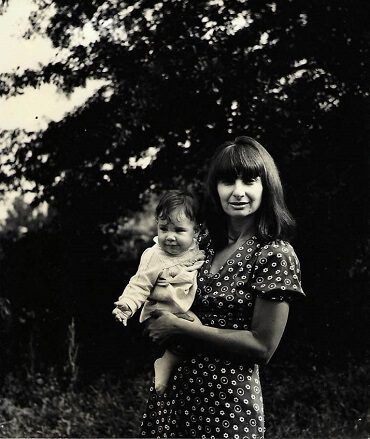 This was back when people didn’t talk about breast cancer the way we do today. There were no pink ribbons, no fundraising runs, no cheerful reminders to get yearly mammograms. My mother’s cancer was spoken about in whispers. One of her brothers and his wife even hesitated before visiting her after her mastectomy, concerned that what my mother had was “catching.”

To cope with my unwanted new additions, I dressed in baggy clothing and avoiding running in gym class—I hated the way my breasts bounced when I jogged. (Did I mention that the middle school years are the worst?)

While I was covering up out of self-consciousness, so was my mother. A former ’60s-era wild child who had always been proud of her curvy, feminine figure, she refused to wear any top that showed her bust because she had a scar and some concavity around her chest, even after reconstruction. That meant she wouldn’t put on V-necks or unbutton a shirt past that first button. And it was so long, bathing suits. The one mastectomy swimsuit she could find was so hideous that I don’t recall her ever getting into the water again.

“To me, my mother looked like she always had—beautiful—but she felt deformed. In a way, I did, too”

To me, my mother looked like she always had—beautiful—but she felt deformed. In a way, I did, too. Neither of us talked about how we were feeling. Maybe it was too awkward or too scary, or we didn’t realize that the other was suffering.

My mother got worse instead of better, and she died while I was in college. I staggered around for the next few years, trying to get my bearings and navigate through adulthood without my mother there to guide me.

It wasn’t until I was in my early twenties and living on my own in New York City that I started appreciating my body. After the initial shock of loss, I was able to remember my mother’s fiery-spirited style—both in fashion and in life—instead of picturing her as a sick patient. I stopped dressing to cover up my breasts. My breasts weren’t embarrassing! My body wasn’t shameful! I went clothes shopping with my best friends, bought cute, flirty tops and treated myself to bras that made me feel awesome, with plenty of ribbons and bows, lace and color.

I wish my mother had lived long enough to see me come into my own. I know she would have been delighted to watch me gain confidence and strength as I made my way in the world, crop tops and bright pink bras and all.

To submit a “Life with the Girls” essay of your own, email blog@barenecessities.com.

Andrea is the author of the middle-grade novels Pink Hair and Other Terrible Ideas and My Year of Epic Rock. She was once an editor at Twist and YM magazines, too. You can find her at www.andreapyros.com.