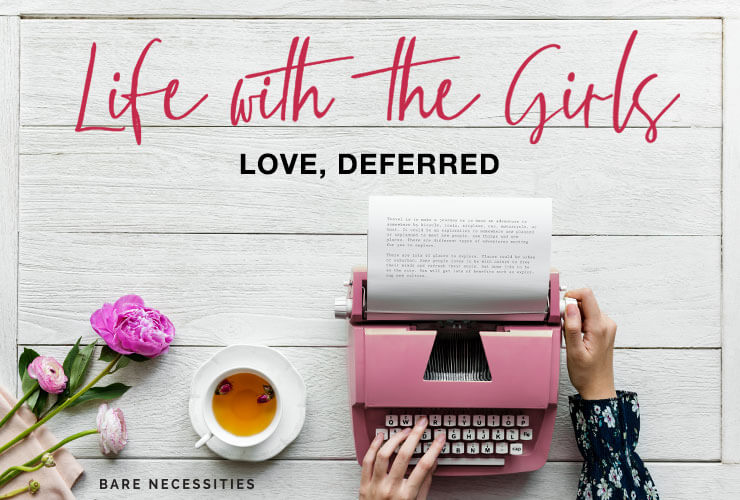 Emily Andrews found the love of her life more than two decades ago; she just didn’t know it at the time. One ex-husband and two kids later, wedding bells are ringing for her all over again in this month’s “Life with the Girls.” 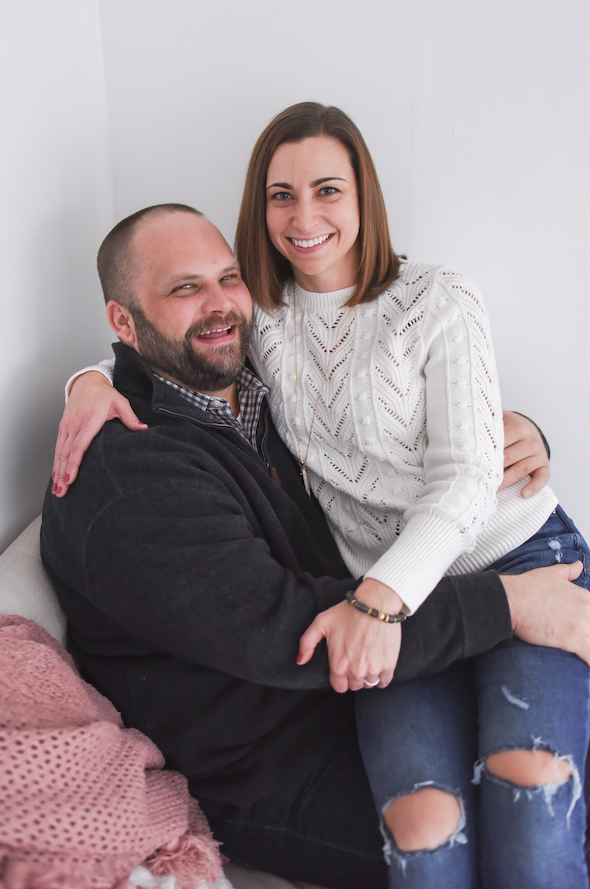 Emily and her new old flame.

“I’ll always bring coffee,” he said, after I thanked him for surprising me with Starbucks. My heart jumped; it was exactly what I needed to hear at that moment in my life.

I was going through a divorce, I had two young kids, and he was essentially saying, “I’ll always be here to help you.”

My coffee fairy was actually my best friend from high school. Almost 20 years after graduation, here he was sitting next to me at my eldest daughter’s gymnastics class. We had recently reconnected, and he had stopped by during a break from work to keep me company.

He and I first met at a high school football game when I was 14 and he was 15. The next year, we were class officers and on yearbook together. We spent weekend nights hanging out with our friends; we could talk and laugh for hours. Spring break of our senior year, we spent an entire day together—I’m not sure how it ended up being just the two of us that day, but we had the best time swimming, eating and hanging out.

I was always drawn to his outgoing, caring personality, but we stayed “just friends.” He had a girlfriend, and I had a boyfriend. Our mutual friends always told me he was in love with me, but it was never the right time for us.

After college, I moved from our home state of Indiana to New York City to work at a magazine. He moved to Indianapolis, with a brief stint in D.C. Our high school group remained close, and he and I saw each other at weddings and get-togethers every so often. After six years in New York, I moved back home, married and with a baby on the way.

Fast-forward to gymnastics class. I was single again, and this time around, it finally felt like everything was falling into place. He was unattached, too, and quickly becoming a huge emotional support for me. We traded texts and funny memes on Facebook. I could vent my feelings to him: He was there when I needed him but gave me space when I wanted it. He did his best to try to make me smile. For the first time, I started to think of him as more than a friend.

But now I was worried about fully bringing him into my life. The logistics and legalities of my divorce were still being worked out. I was anxious about finances and life as a single mom. I told him I couldn’t believe that he would want to get involved in my mess of a life. He quoted me the lyrics of that Vance Joy song: “Your mess is mine.” I was the only one with hesitations. He was all in.

Another worry of mine: Physically, things had changed over the years. I have stretch marks and a mom pooch that doesn’t appear to be going anywhere. When I look back at pictures from high school, it’s hard to believe my chest was ever so perky. But in the end, none of it mattered—he still admired me for who I was at my core and, as adults with busy jobs, kids, chores and workout routines, who has time to worry about stretch marks and sagging skin?

Speaking of kids, mine took to him pretty quickly. He colors with them, plays princesses and reads to them. He is playful and silly, loving and caring, responsible and kind. So kind that he sends me a “good morning” text detailing different reasons he loves me every day when he gets to work. He brings me flowers when I’m having a rough day. He tells me that he dreams about me, even though I’m sleeping right next to him. (It’s pretty awesome to be someone’s literal dream girl.) At 38, he makes me feel like I’m 18 again.

Of course, we’ve had bumps in the road. We have a co-parenting schedule to juggle, and there have been times I’ve pushed him away because I’ve been upset about one of my kids being sad, or I’m overloaded with tasks and chores, or I’m exhausted and feeling overwhelmed.

“Some things in life feel inevitable, if only in hindsight”

He asked me to marry him. Next year, we’ll finally say “I do” surrounded by our family and friends. My daughter and niece will be bridesmaids, and my youngest daughter, a flower girl.

When I texted one of our high school friends last year and told her we were dating, it took her, I kid you not, less than a second to respond, “It’s about damn time.” Needless to say, our friends are as over the moon as we are. Some things in life feel inevitable, if only in hindsight.

I can’t wait to celebrate the fact that, ultimately, I found love right where I left it. It was there all along. We just had to live 23 years apart—23 years of experiences, relationships, loneliness and heartache—to find it.

Emily is a mom of two who lives near Indianapolis. She’s the director of outreach and career services at the Department of Journalism and Public Relations at IUPUI, where she helps students find internships and jobs. She has also worked as a newspaper and magazine editor and writer.