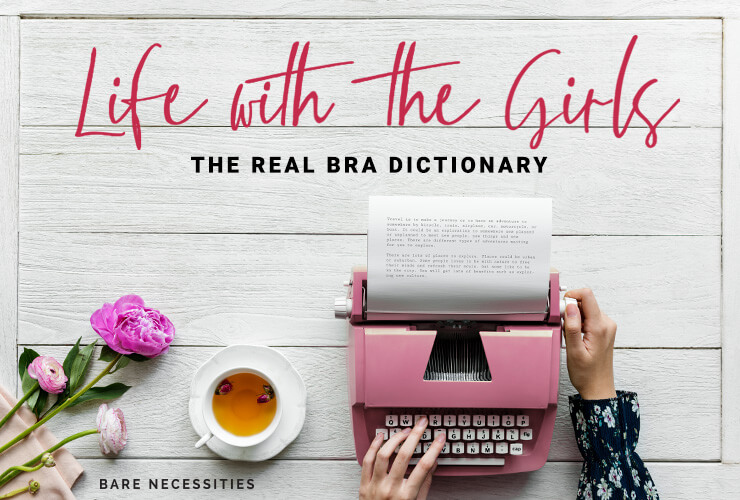 As she gets set to turn the calendar page on this decade, reluctant full-bust expert Laura Lifshitz looks back in this month’s “Life with the Girls” on all the bras she’s ever known, loved and lost. 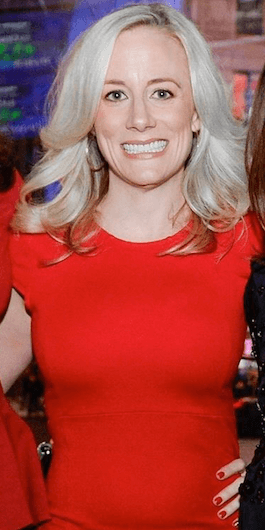 All grown up: writer-comedienne Laura Lifshitz

The first bra I ever bought was in sixth grade. It was white, with a ribbon flower in the middle. Size 28AAA. I didn’t even need it.

I grew up in a house of women—three older sisters and my mother—practically drowning in bras and maxi pads. Wondering when it would be my turn to join the club, I did a few of those “must increase my bust” exercises, knowing full well they didn’t work but also figuring they couldn’t hurt. So when my best friend down the street showed me her new training bra, I refused to wait a second longer.

I stood in the driveway until my mom got home, blocking her car from the garage.

“This is serious business,” I told her.

Looking stricken, she walked me quickly into the house. When she heard the “important news” that I wanted a bra, she was so relieved, she gave in.

Two years later, I was fully developed, and the family big breast gene kicked in. Living above the D-cup line, sometimes I think I’ve experienced all the bras. And just as some women recall past lovers with affection or disgust, on the eve of a new year, I feel the need anthologize the bras that have loved and left me or, rarer still, stayed.

Asymmetrical, off-the-shoulder bra: Surely decomposing in a garbage dump somewhere. At one point in the eighties, the look was one-shoulder tops. I needed to get my fill of the trend to flush it from my system. This unitasker cut into my chest and offered no support, but I had to buy in. I was desperate, and when a woman is desperate, one way or another, she will pay.

Bandeau: If there ever was a style that doesn’t look amazing when you’re top-heavy with ample side boob, it’s the bandeau. I was a stubborn teen fighting reality and destiny when I purchased more than one neon bandeau top. I was, I learned, the subject of much young male conversation. Years later, I tried again with with a nude bandeau bra. I’m happy to report that I have finally learned my lesson and not yet made the same mistake thrice.

Backless: To wear a low-back dress to a wedding, I used the Voluptuous U Plunge Backless Strapless Bra from Fashion Forms. I did the tango, did not droop and got to wear a sexy dress without fiddling with my bra all night long. Thank you, Fashion Forms, for being a hot date. The guy? Meh, he was so-so.

Balconette: Beautiful, feminine, lacy and a little racy. Have you ever felt like a Renaissance queen? If you’ve worn a balconette bra, you have.

Bralette: What unites womankind, I think, is the boundless hope of always finding a miracle in the form of a bra. Previously filed under mission: not accomplished…until I found Cosabella’s Never Say Never Sweetie Bralette.

Chantelle: Once I got into the right size, all was right with the world; ever since, I’ve had a blazing love affair with this bra  brand that offers a vast array of sizes and styles.

Convertible bra: I was feeling hopeful for my future when I bought my first convertible bra. Though it took me longer than I care to admit to figure out the different configurations, and I was notorious for losing one of the straps deep in the abyss of my lingerie drawer, the freedom to express my every mood and fashion whim was intoxicating.

Maternity: I spent most of my first trimester in the hospital, braless, throwing up so much my ribs ached. My breasts were becoming massive, as my mother helpfully pointed out. As soon as I was sprung, I loaded up on maternity bras in cups G and H, and I wondered if I might don a Z-cup before my daughter was born.

Minimizer: I know this type of bra is a blessing for many ladies. For so long, it was one of the only options I had. At the time, minimizers were akin to what your Grandma Myrtle wore. While comfortable, I looked like I was 14 going on 90. We’ve come a long way, babes.

Natori: It’s an addiction, really. I’m currently stopping myself from buying another shade of the Feathers Plunge Bra. Actually, that’s a lie. I’m giving in and checking out.

Nursing bras: I breastfed my daughter past her first year. I was a leaker, frequently lumpy and engorged. Suffice it to say these bras were a lifesaver, and I’m happy I’ll never need to wear one again.

Push-up bra: Not generally something a DD+ woman requires, but hey, I was getting divorced and needed a few kicks. What’s wrong with a boost, mental or physical? Padded bras gave me both. Sometimes I look downright pornographic; other times, juuust this side of it.

Sports bra: The right one is serious stuff. It can make or break your workout. Wacoal, one of my favorite brands, made the first sports bra I ever had. Now, when I put on their High Impact Sports Bra, I feel like my breasts rule the world. Or at least the gym.

Strapless: I’ve had many a strapless bra in my time and lived to hate quite a few. (You really don’t know suffering unless you’ve worn the wrong strapless bra.) But I’m also unspeakably grateful for a handful. Though it took a great deal of trial and error, I thank the moon and stars for leading me to Paramour’s Marvelous Strapless T-Shirt Bra.

Wacoal: This brand opened my eyes to the possibilities that existed beyond the austere bras of my early years. Finding this brand was like making a lifelong friend. Water in the desert of womanhood. A real miracle. A reason to believe.

Laura is a writer, comedienne, former MTV personality and Columbia University graduate. You can find her work in The New York Times, Worthy, Working Mother and others. Read her work on frommtvtomommy.com and cruise on over to her portfolio. Kids thought she stuffed her bra in the seventh grade; she didn't and would like to formally clear her name.