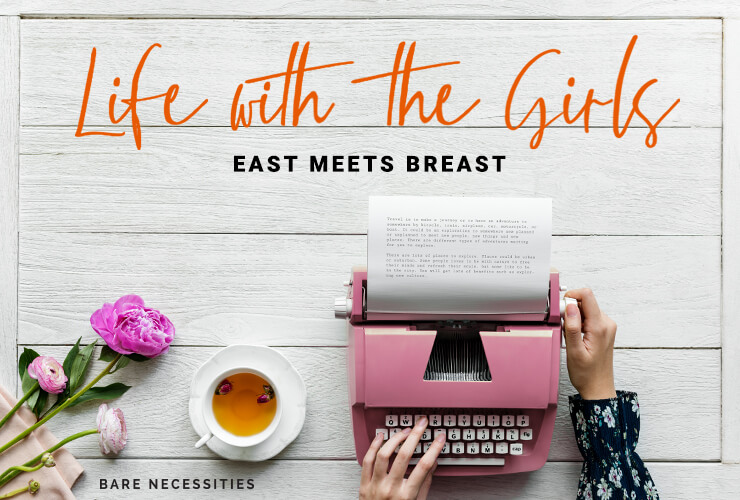 When Zainab Akbari was growing up under her parents’ conservative roof, she never talked about her body. So how on earth did she get to be a Bra Fit Expert? Find out in this month’s edition of “Life with the Girls.”

I will say this until the day I die: I love my family, and I will do anything for them. But let me tell you what, growing up as a girl in a strict Muslim household, the only sister to three boys, was anything but easy. Growing up as a girl is hard enough, period, what with actually getting a period and having to pick out a different outfit Every. Single. Day. But then you add the parents, the brothers, the whole conservative culture in the mix, and it’s basically just a recipe for door-slamming. 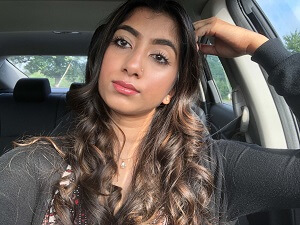 My parents are the best parents there ever were, and I am willing to arm-wrestle anyone who disagrees, but they grew up in traditional Indian and Pakistani households with old world values, and they used the same values to raise us here in the States. Puberty and sex weren’t spoken about aloud in my house. Those topics, if they came up at all, stayed between me and my mom. She was the only one I would tell when I had my period. She took me to buy my first bra (which definitely did not fit, by the way). When she washed my bras or underwear, she would hand them back to me secretly. Because these things were all so taboo, I felt weird talking about them even to my mom; it was always on a need-to-know basis. As my body was growing and changing, I was becoming more self-conscious, and I found myself alone in the struggle to get comfortable in my God-given skin.

What I wore was under constant scrutiny. Is it long enough to cover your stomach? Is it high enough to cover your chest? Oh, Zainab, it’s too tight! Go wear something looser. If my bra strap was showing, my mom would stand in front of me and tuck it under my shirt as discreetly as possible; if my neckline came down too low, she would tug my shirt up higher herself. I was endlessly reminded to show less skin, to avoid clothes that showed off my bust or my buns. 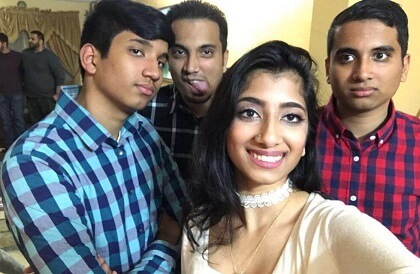 I complied because having my parents’ approval was important to me. What made it harder to deal with was knowing that my brothers would never struggle with the same scrutiny or understand why it was so difficult for me to deal with. I don’t blame my parents because I fully understand the culture. They were doing—still are—their best to protect me and keep me safe. Through high school, I had no choice but to follow their rules because my parents were financially responsible for me and, by extension, my wardrobe. Once I got my first job, though, as a college freshman, it was like the world was my fountain and I could throw endless pennies into it. I finally felt like I had a little more freedom. Don’t get me wrong, I didn’t run out to buy crop tops and booty shorts with my first paycheck, but I was excited because I felt like I could finally express my creativity through how I dressed.

I never felt like I had to show off my boobs, or that they needed to be the center of attention. In fact, I spent most of my life trying to hide them because I didn’t want anyone to notice them. But when I started college, started working, I was exposed to parts of the world I had been sheltered from. The more people I met, the more interactions I had with different kinds of personalities, the more I learned about self-acceptance and self-love. I was so used to thinking that boobs were something to be ashamed of, and I started to realize that I kinda liked my perky little tennis balls. For the first time, it felt nice to feel nice about my body.

Once it registered that I wasn’t dealing with these issues alone, I started gaining confidence. I would go to the mall with my friends and try on clothes in the dressing room. We would walk out for each other to see, and it felt like I was in a runway show. They would always react so enthusiastically when I tried on things that were out of my comfort zone. Sometimes, guy friends would compliment my outfit or tell me I looked pretty. That feels damn good. 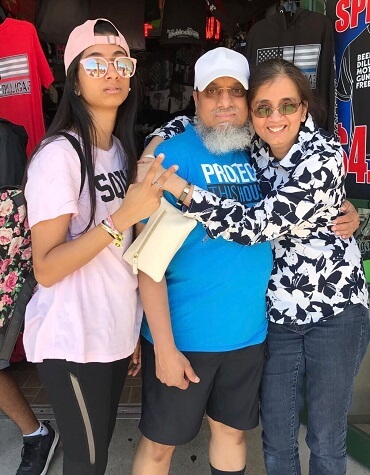 Last year, when I became a Bra Fit Expert at Bare Necessities, it kind of shocked my parents. I never expected to be welcomed by the loveliest, most straight-talking group of ladies ever. First off, they got me into the right bra size after probably 12 years of wearing the wrong one—no wonder I never wanted to think about my boobs! I finally started wearing bras that flattered my chest without making me feel uncomfortable, mentally or physically. Every day, this team makes me feel beautiful and nothing less, and that’s really helped me come into my own as I start my second quarter-century.

It’s kind of ironic that now I work for a company that eats, sleeps and breathes boobs. If I so much as said “boobs” in front of my parents, it would be as bad as saying a cuss word (which also did not happen in my house). When I heard about the position and realized what Bare Necessities was all about, I was excited but also nervous to tell my parents. I wasn’t sure if they’d react badly. To my surprise, but also kind of not, they were extremely supportive. They have always been supportive of what I choose to do in my career. And I think as they saw me growing into a more confident young woman, those positive changes helped them feel more confident in the choices I was making.

I am so thankful for my parents because they raised me the best way they knew how. They did their best to protect me and my innocence for as long as they could, and I really do appreciate that. I grew up when the time was right, and if my parents hadn’t sheltered me the way they did, in some ways I might have grown up before I was ready. I feel lucky that I was able to learn about myself and my body on my own time, in my own way. It may have felt lonely going through those changes as a teenage girl, feeling like there was no one else who got it, but I turned out how God intended, and I wouldn’t have it any other way.

Have a personal story of your own to share? Submit a “Life with the Girls” essay by emailing blog@barenecessities.com.

As a certified Bra Fit Expert, Zainab is much more comfortable talking about breasts these days. She also co-hosts the Bare Necessities Facebook Live weekly broadcast. She’s into cats of all shapes and sizes, knows every Friends episode verbatim and is a Sephora-holic.