Though Pamela works full-time at USI Insurance Services as a bond manager, she also devotes herself to organizing events for the Cure Breast Cancer Foundation, for which she serves as a board member.

Q: How did you link up with the Cure Breast Cancer Foundation (CBCF)?
A: Growing up, my father and Andy Abramson were very good friends. About 15 years ago, I became very close with Andy’s wife, Lisa. Sometimes you just click with someone. She became my go-to person for everything. Unfortunately, she has had to deal with breast cancer…more than once. One of Lisa’s daughters, Carly, was 13 when Lisa had cancer the first time, and Carly took it upon herself to sell bracelets to raise money to find a cure. That’s how the foundation started; Andy has grown it into a very impressive organization. From the start, I was passionate about it because of my friend.

Q: What does the organization do, and what’s your role there?
A: CBCF funding supports a dedicated team of physicians and scientists at Memorial Sloan Kettering Cancer Center and other national and international cancer research centers coordinated by Dr. Larry Norton, CBCF’s Chief Scientific Advisor. He’s incredibly brilliant. He treated my aunt when she had breast cancer and everyone else had given up hope—he essentially gave her five more years of life. Knowing what he’s done and what he’s capable of doing, you feel like you’re meeting a god. His hands aren’t tied like they would be with a grant; we let him go in any direction he feels is necessary.

Nine years ago, Dr. Norton told us about his revolutionary idea that cells can circulate back to the place they came from in the first place—it’s called self-seeding—and become more aggressive in the process. It was an idea that was revolutionary at the time but is now mainstream. He said that the freedom afforded by the flexible funding from CBCF has encouraged novel explorations that wouldn’t have been possible otherwise. We’re hopeful he’ll find something no one else will be able to find. He’s always thinking about it—I don’t know how he sleeps.

Dr. Norton works with Dr. Elizabeth Comen, who comes to all our events, which I help run. She’s incredibly poised and has this ability to take complicated things and put them into laymen’s terms so you “get it.” She’s knee-deep in cutting-edge research with Dr. Norton. She’s such a great counterbalance, such an impressive speaker—you’re on the edge of your seat when she talks.

When you know these two, you feel like you’ve got to help. That’s where we come in. I raise money for the experts. I’m also on the Board. I work on coordination for our events, like running an annual golf outing. We just had our ninth annual. To date, the foundation has raised in excess of $6 million. November will be our first skeet-shooting event. There’s something novel and symbolic about literally taking a shot at breast cancer.

Q: What are some of your proudest accomplishments?
A: It’s emotional for me to feel like I’m doing something to help Dr. Norton. He helped not only my aunt and my friend but is incredibly gracious at our events, spending time to hold valuable question-and-answer sessions and to speak with people one-on-one to address their personal concerns. He’s been so appreciative of what we’re doing for him, and to feel like I can be involved in something so much bigger than me, that potentially means women don’t have to deal with this ever again, is a gift I’ve been given.

Q: What’s the most challenging part about your work? How do you maintain a positive outlook when confronted with cancer all the time?
A: What’s challenging is waiting for the answer to come. Because those who are empowered with this funding feel like they’re so close, it gets you past the hard parts.

The only frustrating thing, but I understand it, is when you reach out to people with all the events you think are so great and you don’t get as big a response as you hoped. I emailed 75 people about a free, upscale event the other day, and five responded. I have to remind myself that everyone has their own thing; you can’t expect people to drop everything for yours. I don’t take it personally but, not for nothing, breast cancer affects everyone in some way, and I can tell you 100 reasons why you should come. I’m not asking you to do the research, just listen to the panel and hear one of these women’s stories. It’s incredibly emotional. A lot of women at these events have daughters, so maybe it will make a mother think twice when her daughter tells her something feels funny and say, “We need to get it checked.” Or it makes you aware of egg-freezing, or the importance of mammograms. The main thing is that people know what’s available and to ask the right questions.

Q: Since you’re closer to it than most, what advice do you give women dealing with breast cancer?
A: From everything I’ve learned from the experts, I would say this: Exercise. Have a good BMI. I don’t mean a walk around the block. You need to sweat, to get your body going—it seems there’s something about it that keeps cancer at bay. Which is not to say there’s no such thing as bad luck, but it makes a difference. Go organic where possible, and for sure get routine screenings. I think it’s crazy to wait until 50; start at 40.

Q: What are you seeing that’s making you hopeful about the future of this disease?
A: Dr. Comen was asked recently where she thinks we’ll be in the fight against breast cancer in ten years, and what she said was so poignant, and she said it with such confidence, it really stayed with me. In ten years, she said, we shouldn’t even be talking about this anymore.

That puts everything into perspective. If even a dollar that I’ve helped raise leads to a breakthrough, it would be the most incredible thing. With the sophistication of the research and the true genius of the people we’re working with, you really feel like we’re on the cusp of something big. 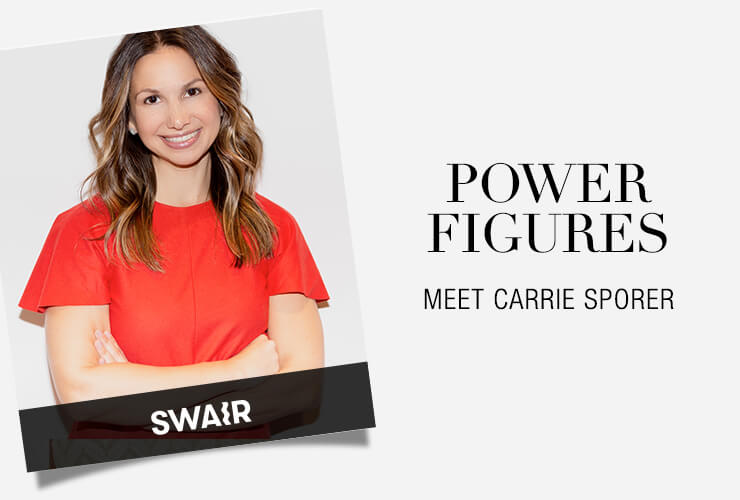