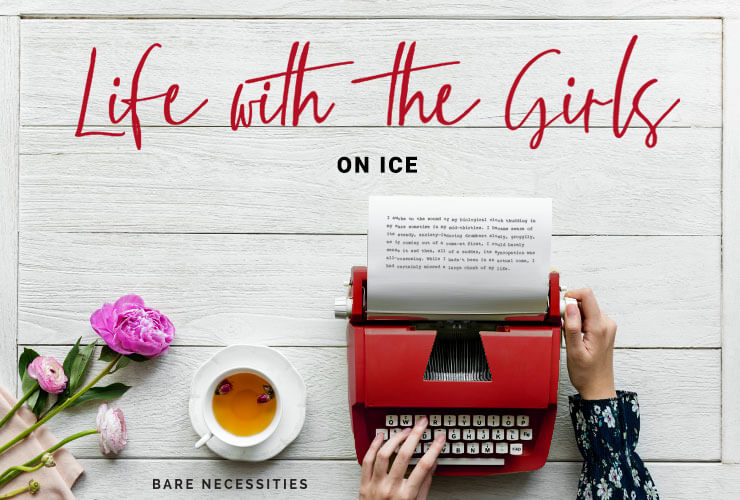 When she was dealing with her father’s death and her own dependency problems, becoming a mother felt increasingly out of reach for Abbe Wright. But she wasn’t about to let today’s pain get in the way of tomorrow’s plans. In this month’s “Life with the Girls,” find out how Abbe froze time for her future. 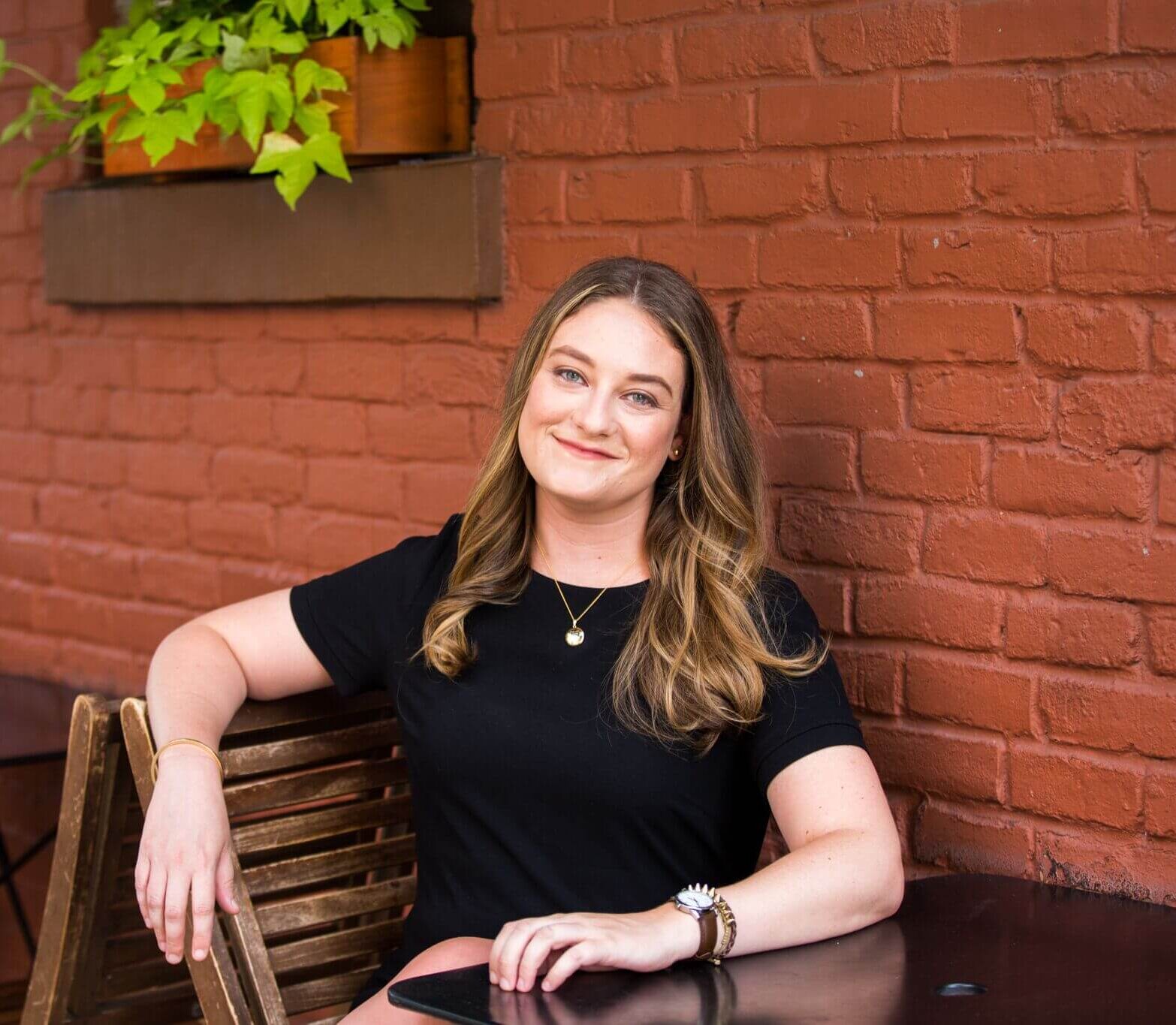 Abbe is sober now and in a relationship

I awoke to the sound of my biological clock thudding in my ears sometime in my mid-thirties. I became aware of its steady, anxiety-inducing drumbeat slowly, groggily, as if coming out of a coma—at first, I could barely sense it and then, all of a sudden, its syncopation was all-consuming. While I hadn’t been in an actual coma, I had certainly missed a large chunk of my life.

My dad was diagnosed with cancer when I was 26. At the time, I was living in Manhattan, working at my dream job, dating a man who wasn’t entirely right for me, and partying—spending most nights mixing alcohol with a cocktail of uppers and downers, eager to achieve that perfect night-out balance of not getting too drunk, while also not remembering the morning after. I’d envisioned this big life for myself, and here I was living it—having achieved it through a blend of blind ambition and dumb luck, fueled by youthful energy and lots of booze.

But when my dad got sick, everything changed. His illness gripped him quickly and, almost immediately, it was Capital-B Bad. For four years, he was in and out of the hospital, eager to try things like a bone marrow transplant, which, while promising to extend his life, nearly killed him in the process. He achieved remission a few times, but it always came back.

I was no longer living that carefree life. I would work all week, barely able to focus, then take the 6:32 PM train to Philadelphia on Friday nights. My weekends went from day drinking with friends to sitting beside my dad’s hospital bed, encouraging him to eat something, anything. Watching a parent die slowly feels like your own death by a thousand paper cuts. You’re constantly worried that the conversation you just had will be the last, that he’ll be gone before you see him again. The fear and anxiety wrap around your throat; it’s hard to remember what life felt like before you were choked by it.

In retrospect, the years of his illness elapsed in the blink of an eye. My dad watched me turn 30 right before he died, and I spent the first year of my new decade morose, aching with grief and depression. I turned to drugs and alcohol again in order to be numb, to stop feeling, to forget he was gone. It didn’t work, of course, but that didn’t deter me from trying, blacking out with alarming regularity.

I woke up to my addiction problem and finally sought help, getting sober at 31. My first year felt like I was a baby deer learning to walk for the first time, shaky and unsure on wobbling legs. It was suggested to me that, while I was getting sober and learning to love myself, I not date. I took that suggestion and ran with it. Date? I could barely function as an adult. I was in the fresh stages of grief again, feeling everything anew, this time without self-medicating.

Between my father’s illness and death, my rock bottom and resulting sobriety, I felt like I missed six years of my life. Usually, one’s late twenties and early thirties are when they meet potential partners, get married, have babies. It seemed as though I’d lost out on all of it. When I came through the fog of depression, grief and addiction, all I could hear was that clock ticking away at deafening volume.

“I knew I always wanted to have children, a fact even more cemented after my dad died…but I couldn’t shake the feeling that I’d somehow missed my chance”

I knew I always wanted to have biological children, a fact that felt even more cemented after my dad died. I wanted to know what parts of him might be passed on to them. Would they be tall? Would they have his sense of humor? His good nature? But I couldn’t shake the feeling that I’d somehow missed my chance, that, at 34, I wouldn’t be able to find a partner I’d want to share my life with, with whom I’d want to have children.

I considered freezing my eggs for a long time before I finally did it, a few weeks after celebrating three years sober. When I had first looked into it, I was frustrated that egg freezing didn’t guarantee a baby down the line. I wanted a quick fix, a doctor who could promise that, despite the last few shitty years I’d lived through, I was going to get what I wanted. All egg freezing does is help ensure that when you’re ready to get pregnant, you’ll have younger eggs to use. I had to accept the uncertainty of success before I began, and I attribute my sobriety with helping me understand that I’m not in control—and that’s okay. All I can do is show up and do my best; the result is out of my hands.

“I had to accept the uncertainty of success before I began”

And show up I did. Every other day for three weeks in February, I left my apartment at the crack of dawn to be at the fertility center for monitoring. I injected myself in the stomach with hormones every morning and every evening to plump up my follicles. Often, on my way to work, I’d cry, in part because I was hormonal and tears seemed to well up without much provocation, but mainly because I felt incredibly alone.

At the end, after the successful retrieval and freezing of my eggs, I was overwhelmed with gratitude. For me, the procedure wasn’t just a medical milestone signifying I was done with the shots, or the hospital visits, nor did it merely lessen the volume on my internal clock—though it did do that. For me, egg freezing helped me turn the page on an indescribably tough chapter. Between the twice-daily shots, the annoying calls to the insurance company, and the 7:30 AM doctor’s visits, I know beyond a shadow of a doubt I wouldn’t have been able to do it were I still drinking. And instead of dwelling in the sadness that my own dad won’t be able to meet my children, I can breathe more easily knowing that some genetic part of him will be passed on through me to them.

Egg freezing felt like my first sober choice, one where I decided to shape what the rest of my life was going to look like. I can now approach my days without having to keep time with so much ticking—I can date and meet potential partners without the panic-stricken “are you the one?” coloring our every interaction. Most importantly, I can support my own friends who are becoming new mothers without a tinge of jealousy because I know that someday, on my own schedule, I’ll be a mother, too.

Abbe Wright is the Senior Editor of Read it Forward, an online book vertical that helps readers discover exciting new books and classic reads. Previously, she was a contributing editor at Glamour and an assistant editor at O, The Oprah Magazine. She has also written for Modern Bride, Elegant Bride and Philadelphia Magazine. She lives in Brooklyn, NY. Find out more at abbewrites.com