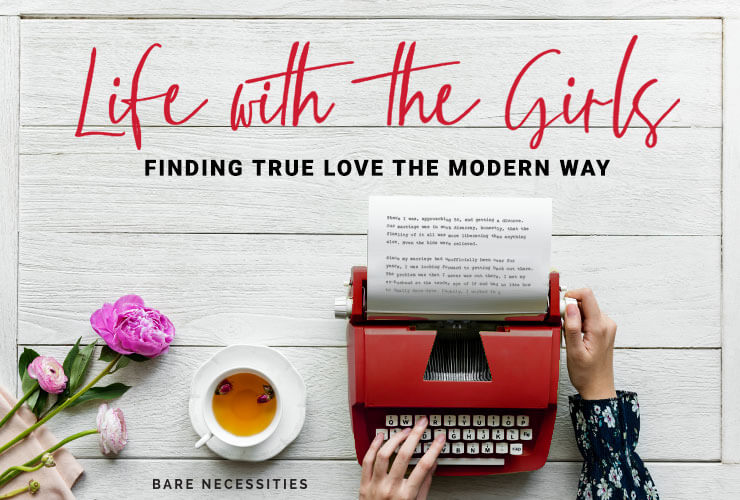 We women have learned not to tie our fortunes to a Prince Charming. Now on the other side of 50, with her children grown and flown, Jasmine Chang shares in this month’s “Life with the Girls” how she found true love the thoroughly modern way: Tinder, texts, a lot of tears, tenacity and, at long last, wholehearted acceptance of “good enough.” 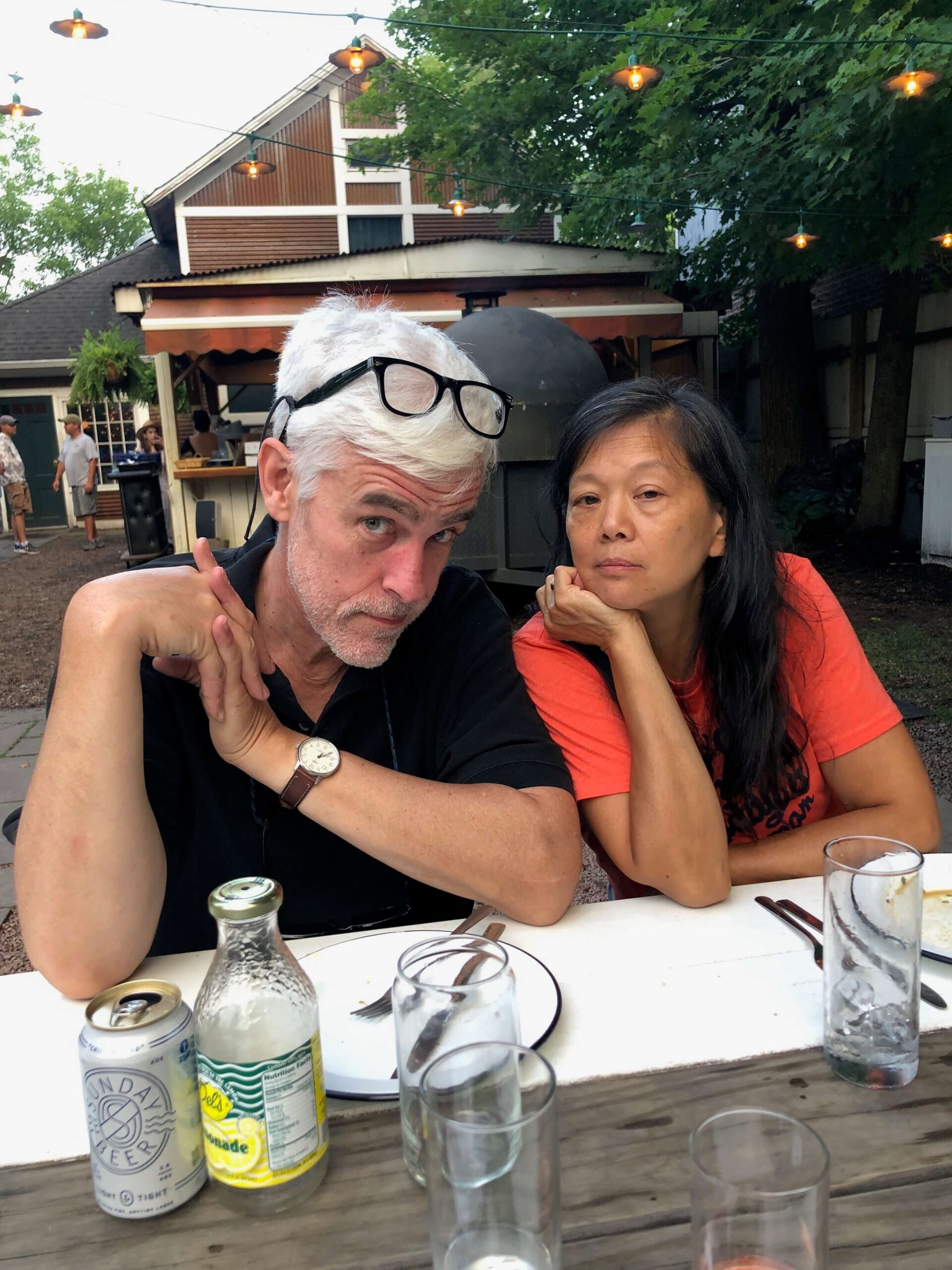 Jasmine and her perfectly good guy.

There I was, approaching 50, and getting a divorce. Our marriage was in such disarray, honestly, that the finality of it all was more liberating than anything else. Even the kids were relieved.

Since my marriage had unofficially been over for years, I was looking forward to getting back out there. The problem was that I never was out there. I met my ex-husband at the tender age of 19 and had no idea how to really date-date. Luckily, I worked in a predominantly female office and everyone was supportive, loved giving me advice and rallied around me. They taught me the difference between a landing strip and a full Brazilian and coached me on how to dress for a man, not for other women. (Being an exclusive pant-wearer with the fashion aesthetic of Ellen DeGeneres, I found that more painful than the actual waxing.)

I wasn’t even really ready when I went out with old friends to a reunion of sorts, but there he was. At 49, I found myself in love with a guitarist, a man who was one of my ex-husband’s best friends. You know, the friend who always had a crush on you and never married. The one who said he’s been in love with you for years even though you were married to his best friend. I fell for it. His flattery and adoration enveloped me like a fleece blanket. Knowing I was lovable was an amazing feeling coming out of the tumultuous relationship my marriage was. I needed it so bad.

He was handsome as hell, always was, and I regressed to a teenager. After a make-out session (remember those?) he told me was going to Japan for two weeks, which he did that every year. I anxiously awaited his daily calls and texts where he told me how much he missed me.

Weeks after he returned, he broke up with me but couldn’t explain why. I really was 19 again, the hurt and sadness callow and raw. Turns out he forgot to mention he had a girlfriend in Japan whom he married a short time later.

After months of feeling sorry for myself, I reluctantly turned to dating sites. I was apprehensive but tried to think of it like a game. I remember comparing how many men reached out to me compared to my white girlfriends. We marveled and laughed at the number of sick men with Asian fetishes. I had to weed through piles of creeps to get to the few legit contenders. The process was exhausting.

“So many of us wounded hearts seek flattery, adoration, validation…”

So many of us wounded hearts seek any kind of flattery, adoration, validation. Why do you think so many men on these sites start a conversation with, Hi, beautiful? They may be idiots, but they’re not stupid. They know divorced women are vulnerable prey.

It took a few weeks to meet someone. He had two Porsches, spoiled my children with gifts and lavished me with vacations. He also never spent the night and would never let me near his phone. Red flags? Absolutely. If I squint hard enough, I can see them in the rearview. But we all bought what he was peddling.

“You deserve a man with money, finally!”

“Men show their love with gifts.”

Everyone wanted desperately for me to be happy…including me. So despite the fact that he was the ethics officer of a Fortune 500 company, it came to light after four years that he was still married, had two children (he said he only had one) and had even become a grandfather during our time together. But wait, there’s more: He had another relationship with another woman going on the entire time, too. She’d had no idea, either.

It’s a wonder I didn’t crawl under a rock for good. This relationship should’ve closed me off from men forever. Maybe I had something to prove to myself. Maybe I hated being alone. But I was not going to let this con artist screw with my head when it was his that needed work.

A happy life is the best revenge, right?

I gave myself about five months to get over the shock of it all. Then I exhaled and jumped back in.

There were a few other guys that hung around for a little bit, but the relationships all ended for different reasons. I had fun with each of them and learned so much about myself. I found that I could talk to anyone for hours and make friends easily. I learned that if a guy wasn’t making an effort to find time to see me, he wasn’t into me. Eventually, you learn not to take it personally. Men can be such insecure beings.

It’s funny how the perception of love and partnership changes as you age. You’re no longer seeking someone who will become the father of your children or a provider, and that’s a huge load off. If you haven’t always been in charge of your own money, you learn to be. There’s so much less pressure to find the one.

Now, at 61 years old, I’m with a great guy, almost five years in. What have I mastered? Nothing. No one is perfect. No one. For those who still dream of forever-after perfection, forget it. I always hated fairy tales. My man is perfectly imperfect. He is very tall, has a thick head of hair, went to Yale for grad school. He is also very untidy–okay, a borderline hoarder–and leaves his mouth hanging agape a lot. But there’s something about him that makes me laugh, and we rarely argue. My dog adores him, too; what else does a woman need?

He is good…enough. Could I do better? Perhaps. But can someone explain exactly what “better” means? Rich? Been there, hard pass. Great-looking? George Clooney is still taken. A buff gym rat? I don’t want to have to compete with that!

I’m living my happily ever after right now.

Jasmine Chang has been in the fashion industry longer than she wants to admit. She has held positions as fashion editor at Self, Family Circle, Good Housekeeping and O, The Oprah Magazine. Now she works as a freelance stylist and editor and finds she has the freedom to write her authentic thoughts on the fashion world. Her French bulldog, Harry, is the best sounding board she's ever had.