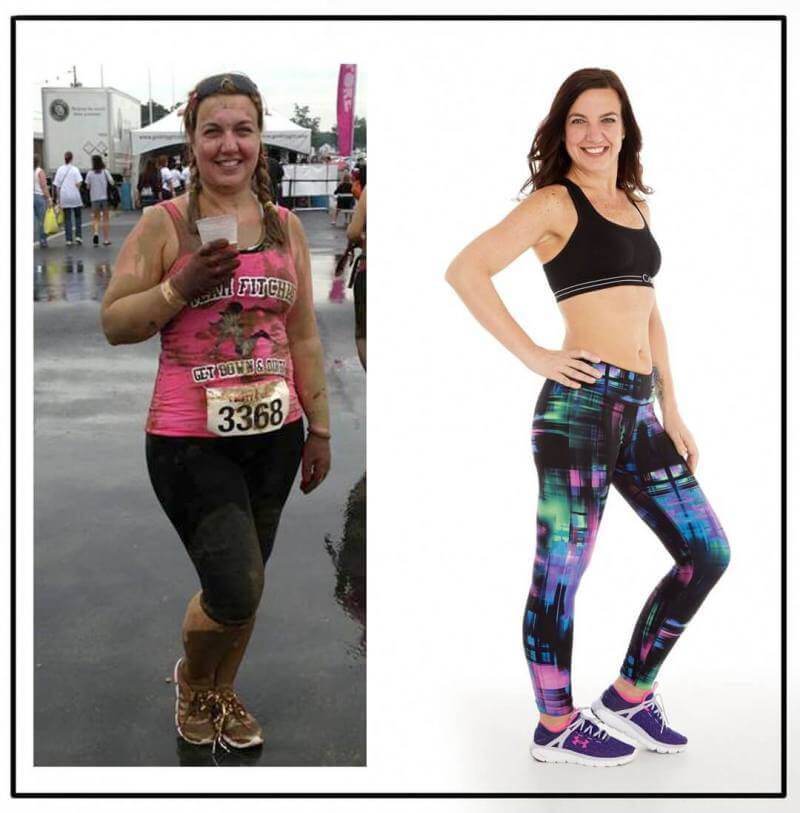 Behind the Seams, Health & Wellness

Donna Lewis had her aha moment in a mud pit.

As the executive assistant to the CEO and COO here at Bare Necessities, Donna—the good-natured glue holding this office together; our tough-as-nails, can-do jack-of-all-trades—has had her share of ups and downs over the years. But when she hit her lowest low, Donna was quite literally in the dumps. A friend had talked her into participating in a Dirty Girl Mud Run. On a mixed-ability team—senior citizens; women who had just finished cancer treatments—it quickly became clear that Donna was the weak link.

“It was me holding the group back. I didn’t want to be that chick! But when I was running, I thought my heart was going to explode. I couldn’t haul myself over the obstacles, and that frustrated the hell out of me,” says Donna. “I made up my mind then and there to get in shape.”

She lost 75 pounds in nine months.

As our month-long look at becoming the best version of ourselves continues, Donna opens up about her very personal wake-up call, her inspirational weight loss success story of dropping from a size 16 to a size 4, her disciplined-yet-doable regimen and how she proudly maintains the new normal.

Though Donna had what she calls “some false starts” before the race, that’s when she resolved to change her habits for good. “I never want to go back to how I felt that day,” she says. Here are the weight loss tips that helped her succeed:

Weight Loss Tip 1: She used the MyFitnessPal app.
“I logged everything I put in my mouth: vegetables, margaritas, Hershey’s Kisses—everything. It helped me realize how unhealthily I was eating. I knew how to eat like an animal or how to eat to lose weight, but that was it. I used it to start making better choices.”

Weight Loss Tip 2: She set flexible, reasonable goals.
“At first, my goal was to lose weight, but I didn’t weigh myself every day because I didn’t want to see no progress and then quit. Eventually, I realized changing my diet wasn’t the point; it was about changing my whole lifestyle. As I did, my goal became getting fit, strong and healthy.”

Weight Loss Tip 3: She started working out regularly.
“I exercise three or four times a week at the gym, usually twice during the week and both days of the weekend. Ninety percent of what I do is classes: strength, toning, spinning. I need someone to tell me what to do, to count reps, to turn up the resistance to where it really should be. I’ll also do a little on the machines, a little free weights. It was hard to find somewhere I was comfortable at first, so I started at an all-female gym.”

Weight Loss Tip 4: She built on her success.
“Not gonna lie, I found people’s positive feedback really helpful. And I just felt so much better when I could keep up with my 12 year old. I can go for a run with him or fit in a jog around the park while he’s at football practice. Even surgery right in the middle of all this couldn’t derail me.”

Weight Loss Tip 5: She subscribed to “everything in moderation.”
“I eat pasta, but less often, and I’ll substitute half with spaghetti squash ‘noodles.’ If I know I’m going to eat badly, like at a party on Friday night, I start hitting the gym harder, drinking lots of water and eating well beginning on Wednesday so it’s less harmful than it could be.”

Weight Loss Tip 6: She started cooking at home more. A lot more.
“I watch my fat and sugar, and I’m salt-phobic. For breakfast, I’ll have egg whites with a vegetable like spinach, and coffee with almond milk. For lunch, it’s always soup or a salad with grilled chicken and olive oil or salsa in place of dressing. At dinner, I have a lean protein, lots of veggies and maybe a grain like quinoa. One time, I made my husband shovel a path to the grill in a snowstorm so he could make chicken. Restaurants have a lot more healthy options now, too. I look at those menu sections first.”

Ultimately, Donna had to replace everything in her closet, including bras (she went from a 38DD to a 32C) and shoes (her feet went down half a size). Shopping for her new body was challenging, and she could be her own worst critic: “Because I couldn’t wear something before, I was afraid to try it now.” When it came to bras in particular, “I didn’t realize just how much smaller I had become. It was trial and error here with one of the Bra Fit Experts to find which new ones fit me best.”

Just goes to show that no matter what life serves up, you can shake off the mud and start fresh.

THE  WORLD ACCORDING TO DONNA
Motivation source: My family.
Personal mantra: “It is what it is.”
Other personal mantra: “Go big or go home.”
Workday uniform: 4-inch heels.
Weekend look: Gym clothes.
Body type: I don’t even know anymore. Thin but curvy? I still have an ass and a waist, they’re just smaller than they used to be.
Favorite activewear: Nike Dri-Fit leggings and Under Armour HeatGear leggings; Nike and Under Armour wire-free sports bras. [In the “After” photo above, Donna is wearing a Calvin Klein sports bra and leggings, and Under Armour sneakers.]
All-time favorite bra: Anything from Dita Von Teese. All of her stuff is gorgeous and special. I also have a lot of Calvin Klein Perfectly Fit Modern T-Shirt bras. They’re my everyday go-to.
Indulgences: Pizza and chocolate.
Style icon: Sandra Bullock. We’re about the same age, and she looks amazing.
Always splurge on: Shoes. My Christian Louboutin gray slingbacks are moderately painful and worth every minute.
Always save on: Everything but shoes.
Signature look: Black.
Beauty obsession: Sexy Motherpucker lipgloss by Soap & Glory. Right now I’m wearing Half Naked.
Morning routine: Not getting in my son’s way and vice-versa.
Fun fact: I was a band geek in high school. I didn’t even play an instrument, I was in the color guard.
Life goal: To do another race with no one boosting me over a wall or waiting for me to catch up. 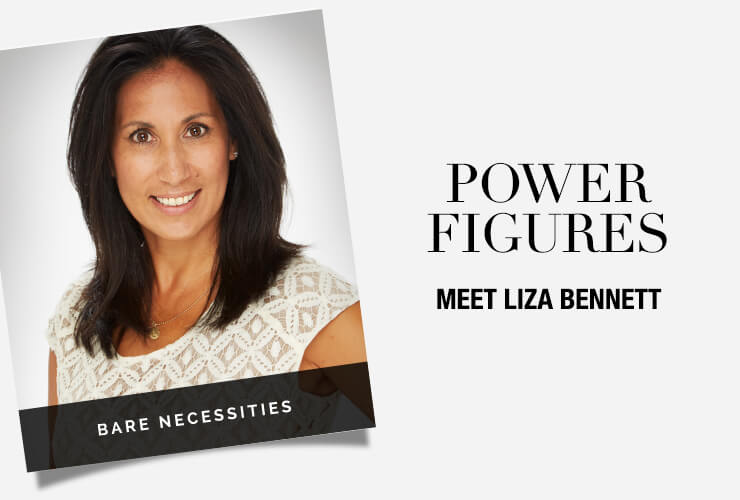 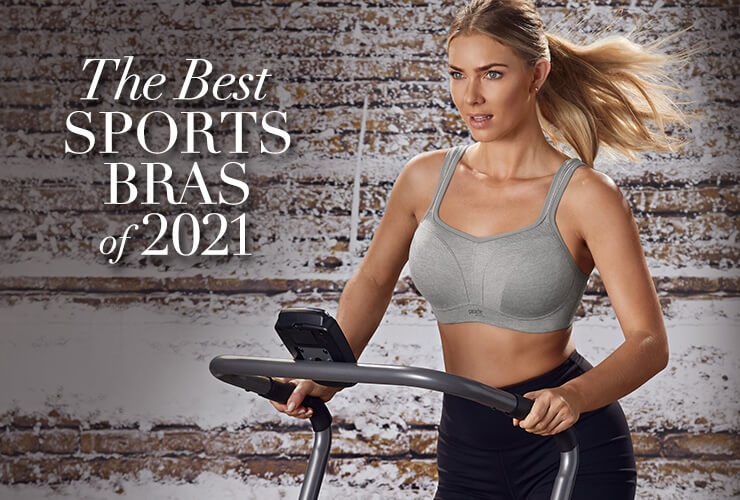 The Best Sports Bras for Every Body in 2021