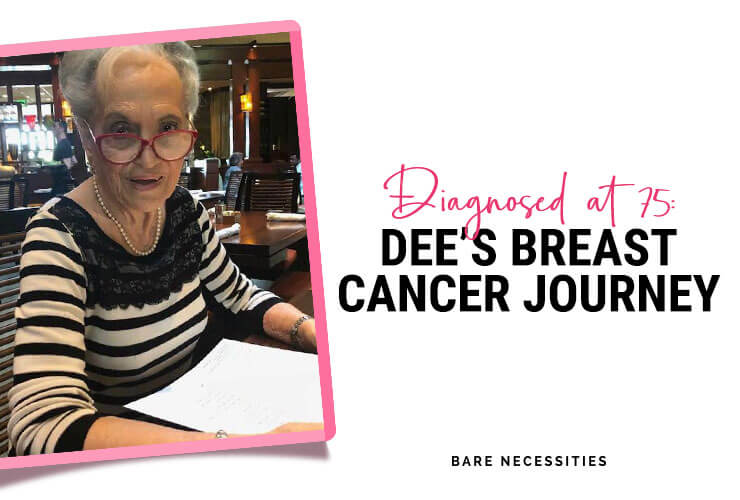 Breast cancer is the most common kind to strike American women. Average age of diagnosis: 61. But with silver hair comes a silver lining. While the odds may rise with age, the odds of dying from it are down-trending, according to Harvard Medical School research.

Take my Grandma, for example.

Dolores Zuber—Dee to her friends, Ma to her five children, Nanny to her eleven grandkids and four great-grandkids—is as feisty and tough as they come. (Did your grandma go for her pilot’s license? Didn’t think so.) Stupid breast cancer did not know who it was going up against when it tried to mess with her…not the first time it came knocking at age 75, and not the second time around, nearly a decade later.

She’s an OG, straight-talking inspiration to me—and now, hopefully, to you, too. 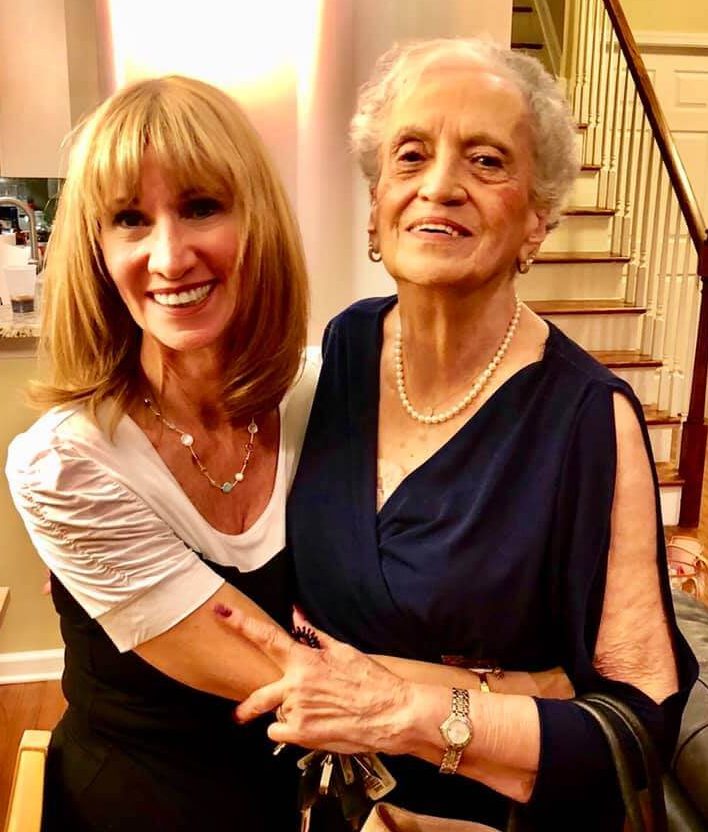 Q: How did you find out that you had breast cancer two times?
A: It came as a real shock the first time. I wasn’t even going to go for that mammogram—I had just had a challenging lung operation and historically, I had been fine. I didn’t feel up to it, but I said, “Oh, might as well.”

I got the news on Christmas Eve 2010. I thought my doctor was calling to wish me a happy holiday, but he said I had some issues and to come in the next day and bring anyone I wanted; we needed to talk.

He told me my options, but I said to take it [the breast] off. The cancer was very aggressive. I kind of avoided knowing too much and let him call the shots. I didn’t have to do radiation but did need chemo three times a week for over a year, and that was horrible. The day after, you are totally wiped out. I just stayed in bed. I felt half-dead as it was, and at the same time all these little aggravating things—sores in your mouth, spontaneous bloody noses—are happening to you.

What really troubled me was losing my hair. That was the biggest trauma. But there’s no choice. Do or die, it’s that simple.

The cancer came back in the other breast in 2017. The tumor was just beginning, but it was malignant and growing. I said, “I may as well even things out.” There isn’t much left of my body they haven’t touched. In one way, I was exhausted by the prospect of the whole ordeal all over again. But we caught it early and, having already gone through it once, I felt better about it. On the whole, it hasn’t been all that pleasant, but it hasn’t been terrible, either.

Q: What went through your mind when you found out?
A: “How am I going to tell the kids?” I just started making phone calls. One daughter was rather stoic. One son sent me referrals to all the big hospitals, hysterically crying. Another asked if there was anything he could do. Another daughter had me in my grave already. As a nurse, your mother was very clinical about it. She knows the doctors, how to read the reports. I said, “Leave it be, I trust my doctor, let me do this my way. Anybody can slice the damn thing off.” 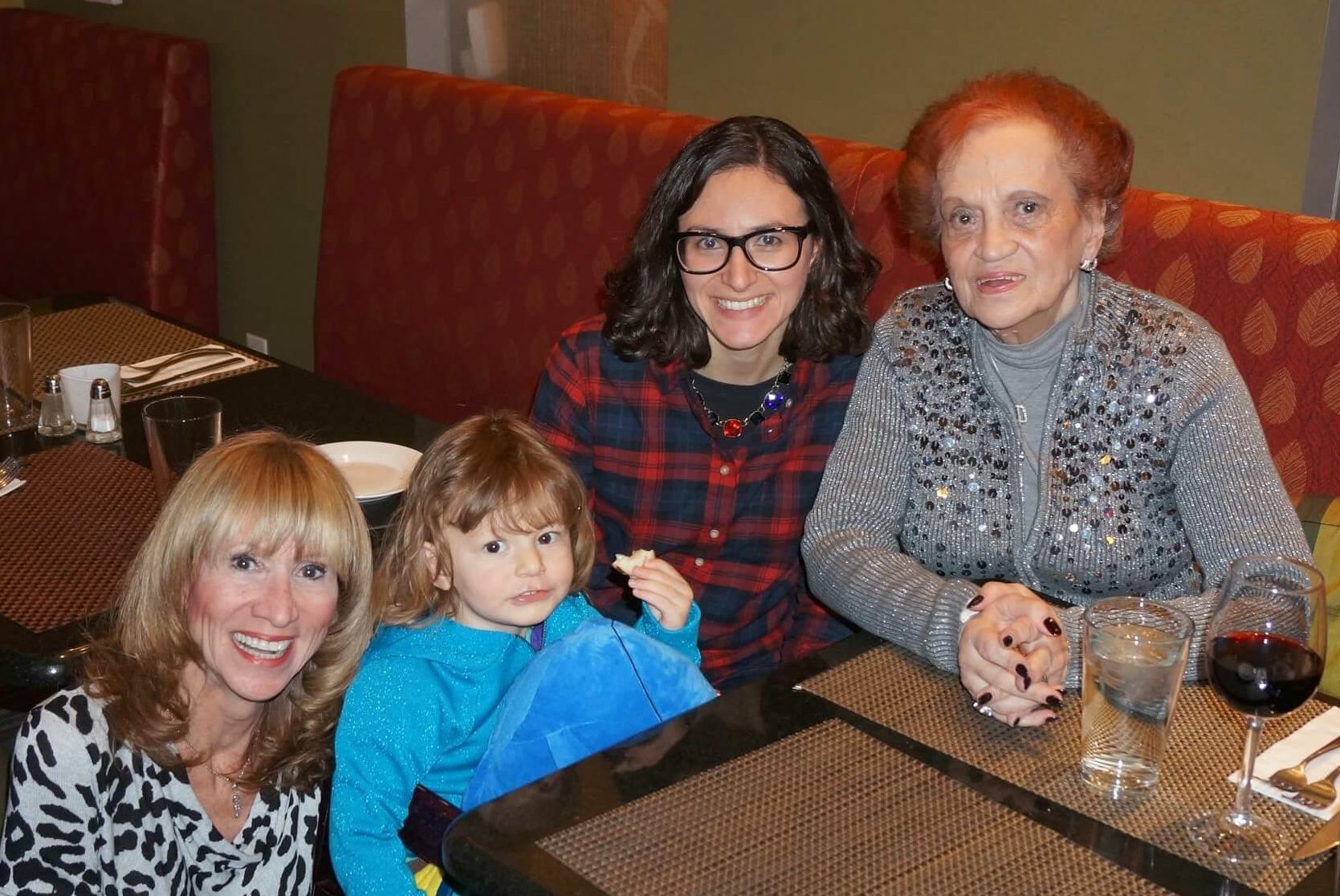 Q: Where did you find support?
A: The American Cancer Society was really very helpful with providing physical and emotional support: three new bras every three months, the forms to put inside the bras, lots of encouragement, help getting a wig, even financial assistance.

I think having a sense of humor is the thing that helped me get through. I decided nobody was ever going to see me sad. I tried on all these really long Lady Godiva wigs with my granddaughter, Courtney. The woman who worked there said, “You’re the first people to come in here laughing.” They used to call me Mary Sunshine at chemo. The old men on death’s door, I cracked them up. Then I’d go home, close the door and cry.

Q: After all your chest has been through, how do you feel about it?
A: You can get used to anything, but I still have trouble looking at myself. You have no idea. When you look at yourself, it just doesn’t look right. It’s tied into being a woman. I used to like to wear pretty bras. I feel ugly, like I’m mutilated. I only take off my bra when I shower.

My doctor advised against reconstruction. Knowing me well, he said, “Psychologically, you’ll get through this. Physically, you may not. Don’t go looking for trouble.” So I didn’t.

Q: What advice would you give other women?
A: I believe in preventative medicine and went for the mammogram even when it was the last thing in the world I wanted to do. That’s why I’m alive today. Just go.

Q: In what ways has breast cancer changed your life?
A: It’s changed my attitude for the better. You can fight and overcome something like this. You think you’re done for but it’s not true; your life can go on just the same. Sure, there are certain clothes I can’t wear anymore. I wear a lot of turtlenecks. I wear bras with forms. I look more or less the same; nobody really knows I don’t have any boobs. It took me awhile to get used to the bra forms and that kind of stuff. “Are they even?” It was a running joke. My granddaughters used to have to inspect me. We laughed about it. We’re human beings; we adapt. Every day, I adjust.

I’m still living what I’ve got left to live. I’m going to enjoy it one day at a time. I’ve had it all, and I’ve handled it—much of it alone. I did a lot of pensive thinking in a dark room at night, and I came out on top. There’s no point in feeling sorry for yourself; you can’t expect people to stop their lives to cater to you because you’re sick. I went about my business. Those were the cards I was dealt, and I’m dealing with them. I wasn’t about to fold.

Have a personal story of your own to share? Email us at blog@barenecessities.com. 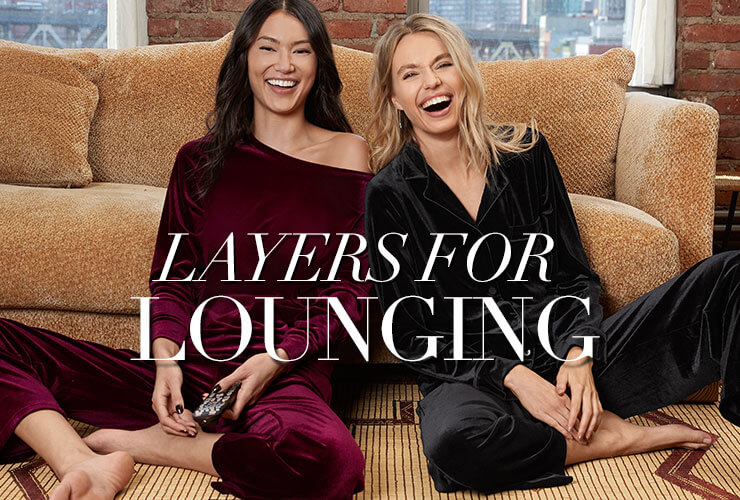