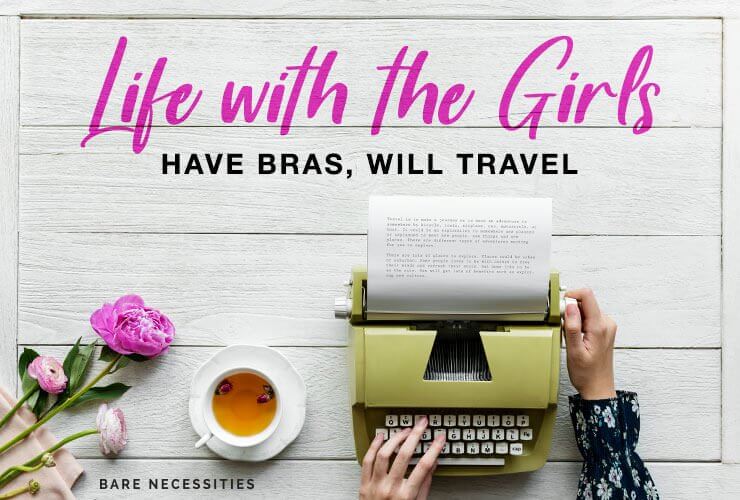 Have Bras, Will Travel

Presenting “Life with the Girls,” a new monthly Bare it All series. We’re sharing women’s reflections—profoundly personal, full of heart and capital-R-real—on contending with our chests along with everything else life throws our way. First up: Anna Davies takes on the world with little more than her trusty backpack and a few good bras.

Hoodies. Yoga pants. Oversize chambray shirts. Clog boots. Slogan T-shirts. If you looked in my closet, you’d get a pretty good snapshot of my life: mid-thirties mom with a love of athleisure.

My lingerie drawer, though, tells another story.

From delicate bralettes to ethereal silk balconettes, my bra selection espouses a sexiness-first ethos that the rest of my wardrobe…doesn’t.

As a single parent not dating at the moment, no one is seeing my lingerie this Valentine’s Day. But putting on lingerie I love makes me feel like me. In control. Ready to handle any situation—from a work crisis to a toddler meltdown—with confidence. 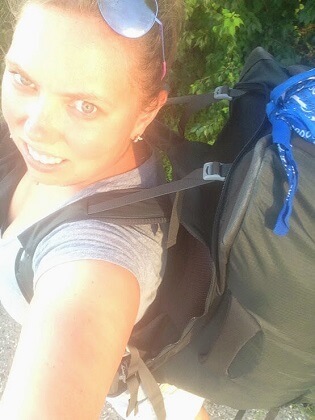 I backed into this realization a few years ago, before I became a parent, when I put the majority of my stuff in storage. I packed exactly seven shirts, two pairs of shorts, one pair of leggings, one pair of jeans, ten lacy thongs and three fancy bras and bralettes into a giant backpack. For the next year, I traveled solo around the world, Costa Rica to Croatia, Nicaragua to Montenegro.

Over time, most of the clothes got lost or became ripped, replenished as cheaply as possible in international clothing chains or purchased from vendors on the street. But the one constant, which I only realized when I was unpacking after so many months away, was the lingerie.

The lacy black bra that I had hung to dry on the bed frame of hostel after hostel had endured, as had the rainbow of T-shirt bras that still stood out, lollipop-bright, among the earthy neutrals in my pack.

Of course, certain bras are undeniably sexy, and it’s always nice if a bra gets to be appreciated by someone else. But to me, it’s as if lingerie is my own private suit of armor. Any compliments are a bonus; what’s important is the way I feel when I put it on.

“Lingerie is my own private suit of armor. Any compliments are a bonus”

That lacy black balconette represents possibility and potential, an unwillingness to settle for less. It may be impractical…and that’s partly the point. Why not wear something I love, even if I’m only going to a Slack room on my laptop for the day? Who ever said a black bra had to be saved for date night?

What I learned from that backpacking trip, and what becoming a mother has only underlined, is this: Adventure and intrigue can happen at any time, anywhere, and dressing the part can help you be ready to meet it. That’s why gorgeous bras will be the through line in a life I hope is full of unexpected moments.

Are you a female writer with a personal story to share? Submit your own “Life with the Girls” essay by emailing blog@barenecessities.com.

Anna is a writer, editor and content strategist living in Jersey City, NJ, with her 3-year-old daughter, Lucy. She has written for The New York Times, Cosmopolitan, Glamour, Men's Health, Women's Health and others. She loves planning new adventures. Next up: a long weekend in Copenhagen.