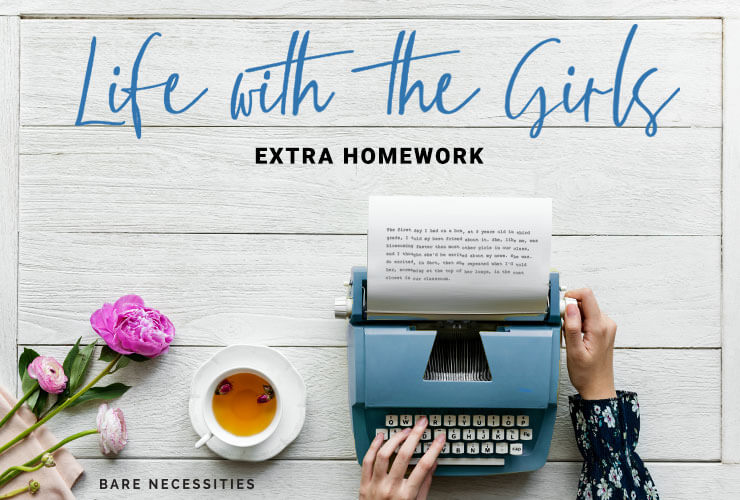 After an unfair incident in the classroom left her embarrassed and confused, Meredith Bodgas is deciding to teach her sons that “bra” isn’t a dirty word. Read about how girls learn about double standards along with their ABCs and 1-2-3s in this month’s “Life with the Girls.” 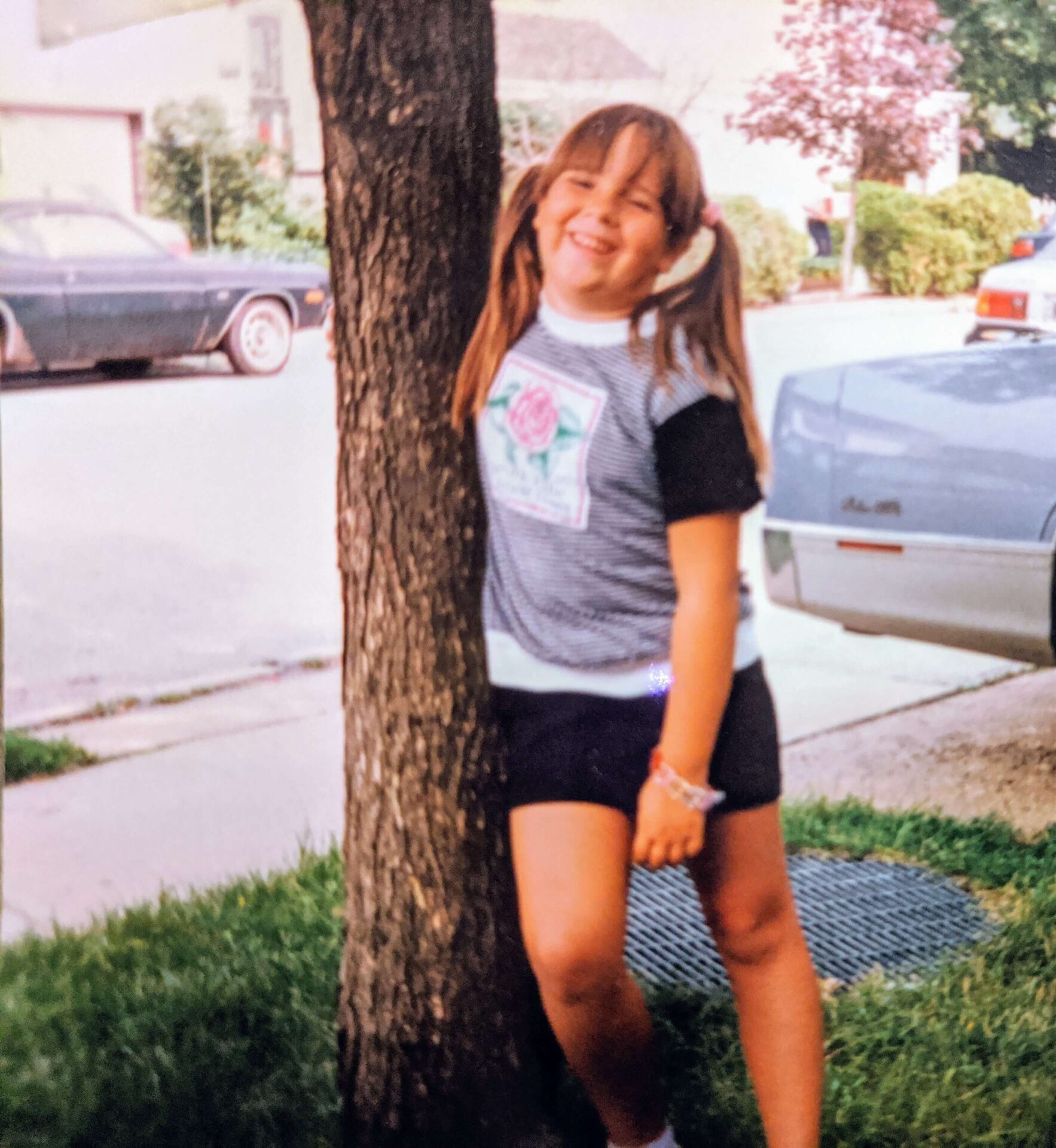 Meredith in her grade school days.

The first day I had on a bra, at 8 years old in third grade, I told my best friend about it. She, like me, was blossoming faster than most other girls in our class, and I thought she’d be excited about my news. She was. So excited, in fact, that she repeated what I’d told her, screaming at the top of her lungs, in the coat closet in our classroom. There’s nothing like the known presence of a bra to provoke a bunch of male pre-pubescents.

In walked our fairly strict teacher, Mrs. Nolan. The sister of the district superintendent looked like a cross between Jackie Kennedy and the Wicked Witch of the West, hook nose and all. And she was angry—horrified, even—upon hearing the boys’ uproarious chants of “bra, bra, bra!”

She yelled several decibels above the chorus, sent the other students back to their seats and sternly issued her punishment…to me, and no one else. For the high crime of talking about an undergarment, I would have to turn in more homework than everyone else the next morning.

By the previous year, I had grown accustomed to kids teasing me for being fat. This, however, was the first time an adult made me feel self-conscious about my body. And it was the first time it occurred to me that womanhood could be a source of shame.

It took some growing, both mental and physical, but by 12, I had embraced my B-cups. And when I became a mother, I developed a deeper gratitude for my breasts, but not just because they were bigger than ever. I was finally using them for their intended purpose: to feed a baby.

As that baby, Jeremy, grew into a preschooler, I borrowed my parents’ progressive approach and openly discussed topics Mrs. Nolan would have deemed taboo, though I opted for a lighthearted synonym in referencing those two body parts: “Moms have boobs to feed milk to their babies. Dads don’t have boobs because they don’t feed babies from their bodies,” I told Jeremy when he asked why my and his dad’s chests were so different. “I wear a bra when I leave the house because I feel more comfortable that way.”

“She issued punishment to me, and no one else, for the high crime of talking about an undergarment”

By three-and-a-half, Jeremy was a big brother to my new baby, Zachary, whom I also nursed. I preferred using a cover in public, but in my house the girls (or at least one gal at a time) were exposed whenever it was feeding time…and sometimes when it wasn’t because, frankly, I was too tired to put on shirts in those sleep-deprived early days.

Occasional toplessness attracted more questions from Jeremy. I patiently answered each one, even though sometimes I wanted to snap, “Could you please get your face the hell away from my nipples?” I held back because I didn’t want him to think I was ashamed of my body. And more importantly, I didn’t want him to think he should ever make another female ashamed of hers (though I am teaching him that he needs permission to get that close to any person’s chest).

I’m fairly certain none of the parents of those bra-chanting boys ever found out about the incident, and, given the predominantly conservative area in which I was raised, none of those parents would’ve had a problem with the bra-wearer getting punished for riling up their sons. Still, I would feel awful if my own children responded to a girl’s confession of wearing a bra for the first time in a way that earned her admonishment.

So I’ll keep tutoring my boys on bras and boobs (maybe I’ll graduate to calling them breasts one day) in hopes that they can be the calming voice of reason if another child—or another Mrs. Nolan—makes a girl feel even a little bit guilty for having them.

Meredith is the editor-in-chief of Working Mother magazine and Workingmother.com, and has written for NYTimes.com, Cosmopolitan.com, Glamour, Seventeen and many more. She’s a native New Yorker married to her middle-school sweetheart, with whom she has two young sons.