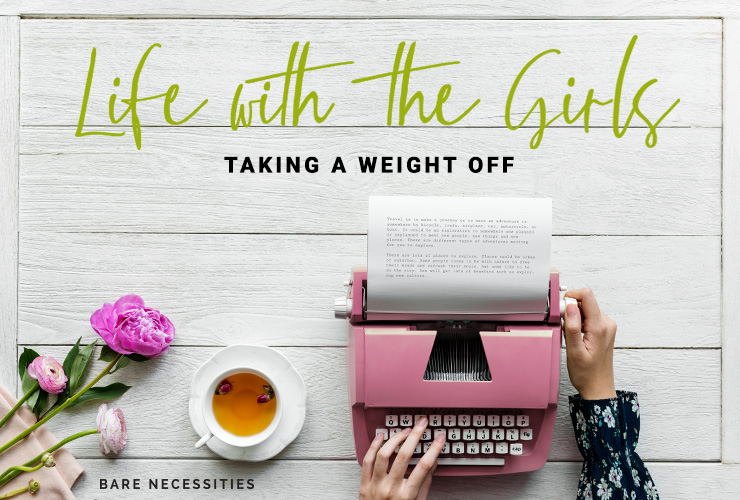 Taking a Weight Off

File under things no one ever tells you: When you lose more than a few pounds, your chest could be the first to disappear. In this month’s “Life with the Girls,” writer Jonna Gallo works on accepting the changes her body is going through…both those she wanted and those she never expected.

I lived my life under the impression that I was well-endowed. Busty. Zaftig. Stacked. As it turned out, I was mostly just overweight. Surprise!

I’ve been gaining and losing fairly substantial amounts of weight since I was about 15 years old. I’d lose 20, then gain 25. Lose 25, gain 30. The net effect of this wash-rinse-repeat loop was that, by my mid-40s, those extra gains had added up, and I was rather seriously overweight.

My lovely internist, head tilted to the side and with a kind but worried expression, encouraged me at my annual visits to “start addressing it,” saying it would only be harder as I crossed the threshold into my 50s. (What the what? I’m still, like, 33. Aren’t I?) In my heart of hearts, despite being all for the body positivity movement, I alighted onto a few hard truths: My energy was low, my spirits were lower and I had very few pieces of clothing that I genuinely felt good in. The whole situation was a brain drain and a bummer. 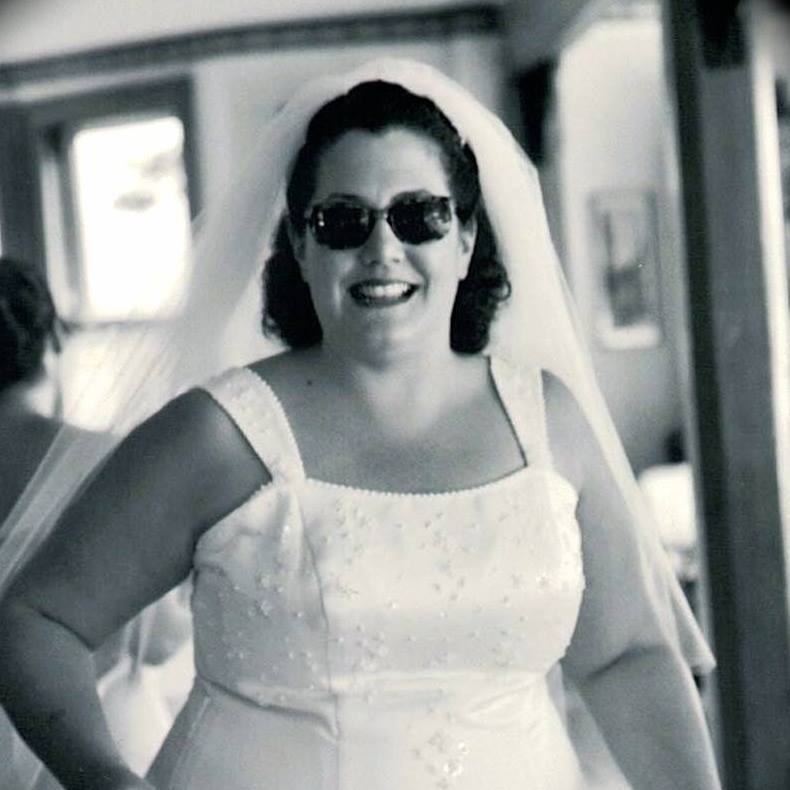 Jonna on her wedding day.

Then, last winter, my husband got sick. Life-or-death sick. Sitting by his bed in the Intensive Care Unit for six days and nights, staring at the monitors, idly counting the beeps, attempting and failing to doze, I somehow arrived at the conclusion that, for the sake of my own health, I should get some weight off.

I can’t explain it really, but something shifted in my brain that week. Instead of buying Sharing Size packs of M&Ms and chocolate chip muffins the size of softballs from the hospital coffee shop, which totally would have been my default setting, I grabbed Greek yogurts, fresh fruit, hard-boiled eggs and string cheese. After I got my husband home, I re-committed to a Weight Watchers coach I’d worked with in the past but had ghosted. Catherine cheerfully welcomed me back, bless her. She told me that during my, ahem, hiatus, a new iteration of the program had debuted. Freshly determined, I got the gist pretty quickly. Certainly, my journey was not without its ups and downs, but after a year or so, I was the lightest I’d been in decades.

A funny thing happened on the way to losing 75 pounds: Not only were my clothes gigantic, but I found myself with substantially smaller breasts.

Hopscotching around the web looking at search results led me to this revelation: Most breast tissue is fat, and when you lose weight, the cells in the fat tissue shrink right along with other such cells in your body. Losing weight can have a noticeable impact on breast size if you tend to have a lot of fatty tissue stored there. As it turns out, this phenomenon is a Known Fact among those who’ve lost more than 50 pounds, because when I ran it by a few friends who had been there, done that, one volunteered, “Whatever you do, don’t lose the last 10 pounds because they’ll all come from up top.” The others nodded vigorously.

I definitely did not anticipate this less-desirable facet of what was, on the whole, an extremely positive health move. I don’t think I ever gave it much conscious thought, but it turned out that being busty felt like an integral part of me—until it wasn’t anymore. I needed time to adjust to and connect with my new normal. For a while, when I would catch my reflection in a mirror or a window, I was startled by my smaller chest. With time, I grew to like it.

What helped was focusing on the positives. I’m in no way athletic but I do run, albeit slowly, 12 to 15 miles a week, and to my joy, I no longer need a sports bra with enough strength to lock down every inch from my décolletage to my waist; a medium-impact sports bra can capably do the job. I used to wear a sports bra to bed, too, because I needed some level of support to sleep soundly. Now, I snooze in a camisole with a tiny touch of stretch, and it’s enough. When I was in the market for new swimsuits for a cruise, I had way more options than usual. Over a few months’ time, I got a lot more comfortable in my own skin.

I haven’t committed to new everyday bras yet, though I did toss quite a few oldies. Likely, they weren’t the right size to begin with, and the only professional bra fitting I’ve ever had was for a strapless to go with my wedding gown 16 years ago. I know it’s time.

I guess I’m still musing on whether to lose those last 10 pounds. Right now, I think I’m good where I am.

Jonna is a writer, editor, content strategist and communications consultant based in New York. She was an editor at Family Circle for over 25 years and is committed to helping people live more rewarding lives through the written word. She is unable to recall life before multitasking and wonders if she will ever do one thing at a time again.