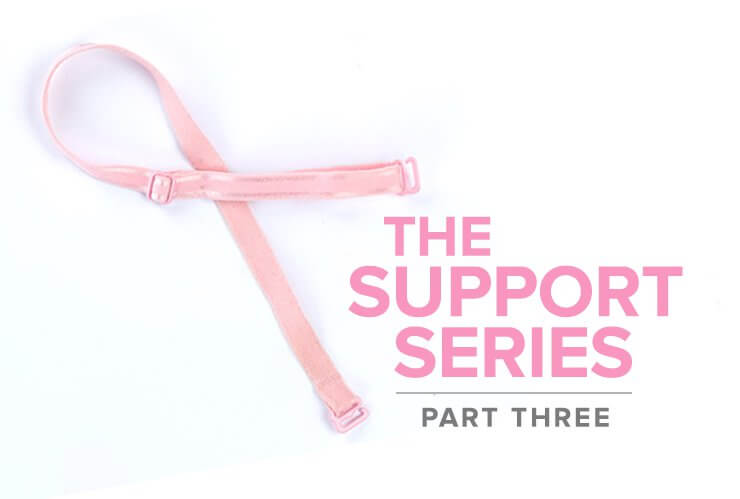 Last week in our breast health special report, we discovered the Angelina effect. This week, we’re looking at the link between the breast cancer awareness movement’s ubiquitous pink ribbon and better outcomes for women worldwide. “That piece of fabric has evolved into the international symbol of a disease that touches millions, with almost as many meanings and implications,” says Dr. Sharon Mass, OBGYN and our exclusive medical correspondent. In a little over two decades, “it has galvanized communities, raised awareness and tremendous sums of money for research, and spurred more women to get life-saving mammograms,” she says.

Right this moment, in the interest of beating breast cancer, you can buy everything from bras (Wacoal has guaranteed a combined minimum donation of $250,000 to the Susan G. Komen Foundation this year) to blush, yogurt to office supplies. We couldn’t help but wonder where this mega-movement started. So, along with Dr. Mass, we went straight to the source: The Estée Lauder Companies.

At a time when breast cancer was taboo to even discuss, cosmetics doyenne and survivor Evelyn H. Lauder boldly launched The Estée Lauder Companies’ Breast Cancer Awareness (BCA) Campaign in 1992 with the creation of the pink ribbon as the universal symbol for breast health. An earlier salmon-colored ribbon had been intended to raise funds for research. The goal of the pink ribbon—co-created by Lauder and Alexandra Penney, then the editor of Self magazine—was to raise awareness about the importance of breast health and to underscore that early detection saves lives. That distinctive, elegant twist of fabric became the official symbol of National Breast Cancer Awareness Month that same year.

To this day, The BCA Campaign continues its leading-edge fundraising and advocacy efforts. The BCA Campaign has worked in more than 70 countries and raised over $58 million to support global research, education and medical services. Close to $46 million has gone toward funding 185 Breast Cancer Research Foundation (BCRF) medical research grants worldwide, resulting in advances like the launch of an early-phase vaccine trial and the design of a blood-based tool to detect metastasis before a tumor can grow. BCRF, which Evelyn chaired until her passing in 2011, puts 91 cents on the dollar toward research and awareness programs and has raised more than $570 million to fund discoveries in tumor biology, genetics, prevention, treatment, survivorship and metastasis.

The 2015 BCA Campaign—“Every Action Counts. What’s Yours?”—invites people to share the ways they fight back against breast cancer, from driving a friend to a doctor’s appointment to reminding a loved one to schedule a mammogram. For every action submitted on BCAcampaign.com or posted on Instagram or Twitter (use #BCAstrength) between now and World Cancer Day on February 4, 2016, The Estée Lauder Companies will donate $25 to fund a half-hour of breast cancer research through BCRF, with the goal of funding up to 500 hours ($25,000). And of course, brands like Aveda, Bobbi Brown, Clinique, Estée Lauder, La Mer, Origins and Prescriptives are offering Pink Ribbon products or making donations to BCRF.

The pink hue now synonymous with breast cancer awareness was picked for its feminine, soothing, healing associations. Iconic landmarks from the Eiffel Tower to Sydney’s Harbour Bridge have all been pretty in pink to focus global attention on the importance of breast health and early detection. “I remember feeling particularly moved when [Evelyn and I] set a first-time Guinness World Record in 2010 for illuminating the most landmarks for a cause within 24 hours. Together, [we] lit up the last landmark—the Empire State Building—in glowing pink lights. I’ll never forget how emotional we felt, knowing that this global effort was focusing attention on the importance of breast health and inspiring people around the world,” Elizabeth Hurley, Global Ambassador for The BCA Campaign (not to mention actress and model), has said.

The Estée Lauder Companies’ efforts are a paradigm for commerce and science uniting around a cause. In general, you’d be wise to avoid pinkwashing: Not all funds raised under the pink ribbon’s auspices are always managed as ethically since there’s no regulation as to how the symbol can be used. Do a little digging to be sure your purchase has the power you hope it does to make a difference, or consider giving directly to the charity of your choice (vet it at charitynavigator.org).